Blockchan and other Blockchain based projects

Regular
An interesting project I came across that's a blockchain based imageboard. 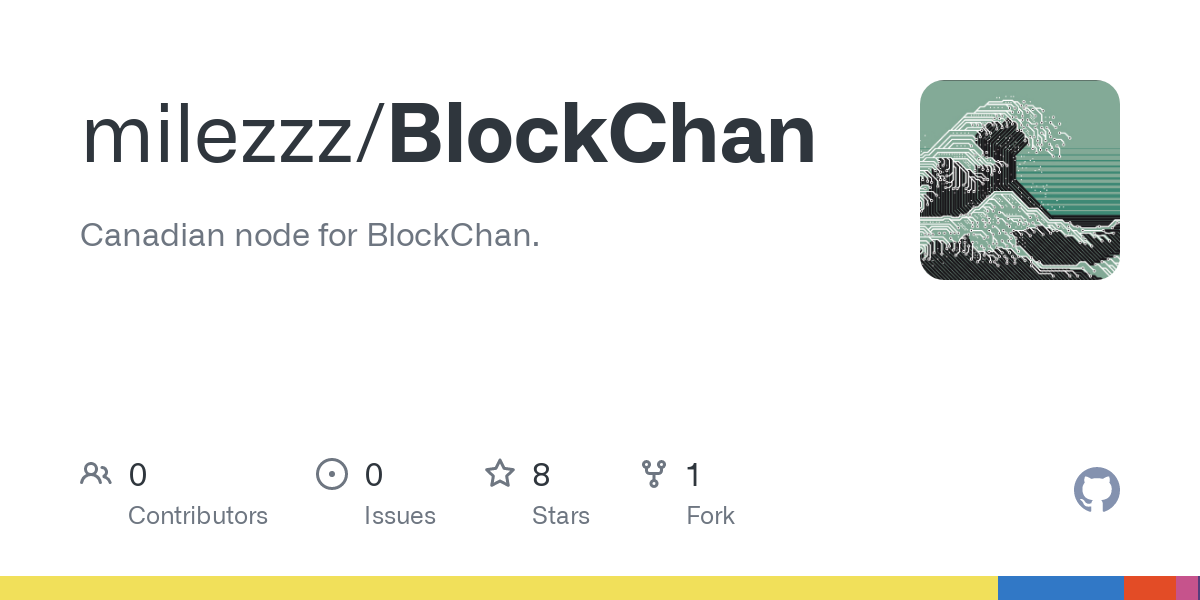 Canadian node for BlockChan. Contribute to milezzz/BlockChan development by creating an account on GitHub.

Sadly it seems to have died a while back, with a bit of activity here and there on its boards.
They seem to have focused too hard on the qanon portion of tweekers, which probably repulsed most imageboard users (if the 8kun fiasco is anything to go off)

It looked like an interesting project, but died probably cause of the lack of users, and advertising (I say advertising since this is the first time I heard of it, and it was from a kiwifarms thread), although posts seem to go back to 2019.
Along with that certain features seem to be broke, but I did get this animu pic from one of the threads so I'd say its a netgain. The loading is quite long too so I have a feeling that pushed people off, and /b/ is rather dead basically just being people advertising, and no loli threads. 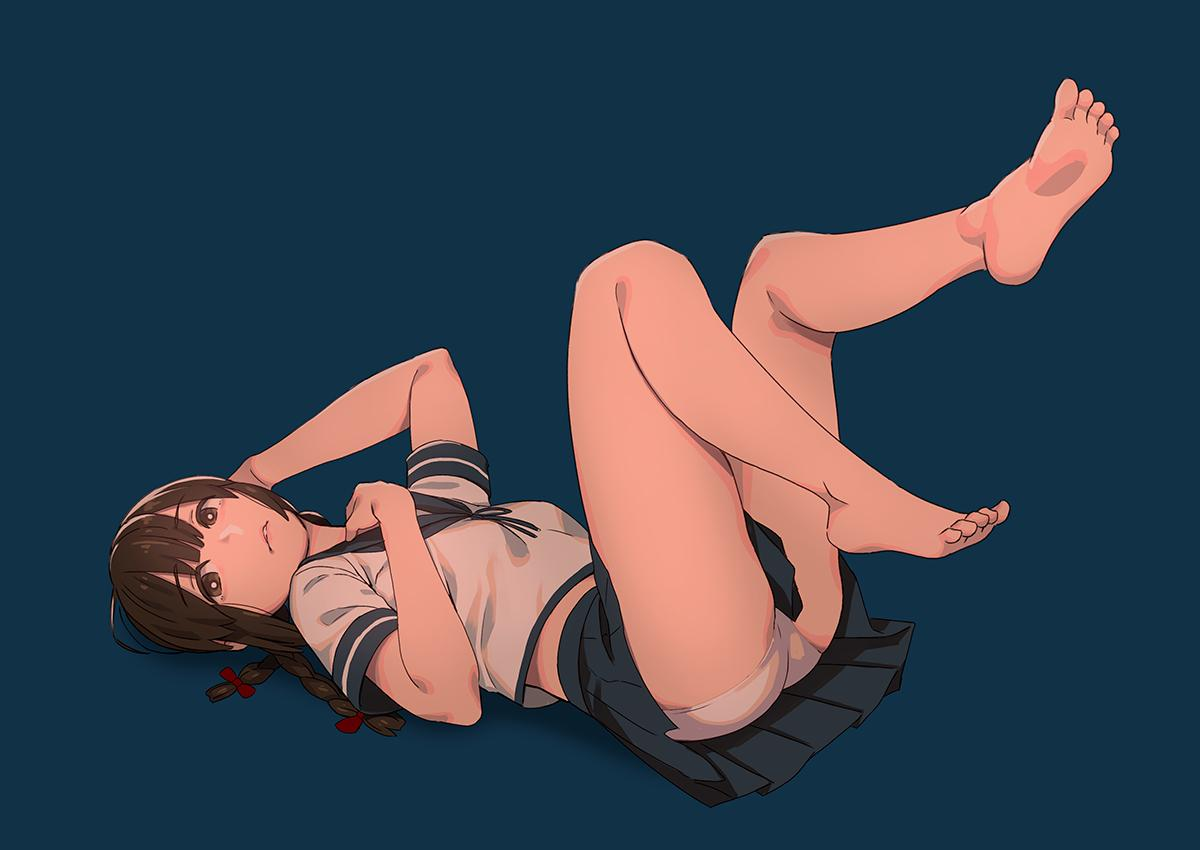 The users are about what I expected though
Edit: Just realised thats fucking L33tguy. Is it the real one? fuck if I know but considering he was the KF poster shilling it, probably is him. 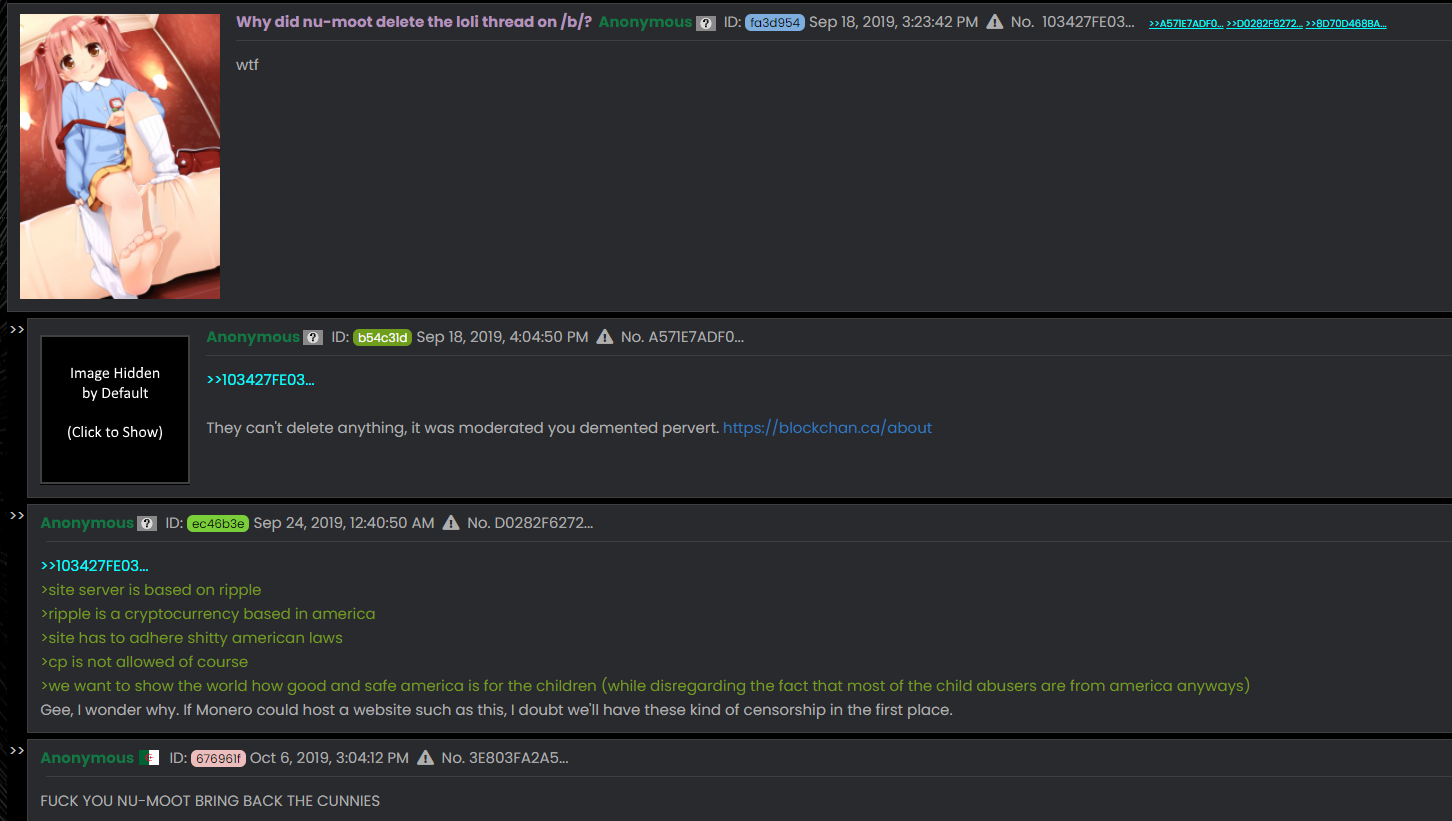 Dedicated Gay-Ops board... with 2 posts

As with most things, I believe the qboomer advertising is what lead to this site dying. If you used it and got any mileage out of it do share your story.
oh also why not make this a thread for blockchain projects in general.

there should be a new internet rule. "every kind of software will have a blockchain implementation at some point"

DarkMahesvara said:
there should be a new internet rule. "every kind of software will have a blockchain implementation at some point"
Click to expand...

can't wait for the xenforo blockchain add-on...
well a search shows no blockchain but did find a bitcoin payment system

The add-on allows you to accept payment in Bitcoin to your server, without third-party services. To convert currency to bitcoin, the Blockchain rate is used. If you have problems configuring the Bitcoin core, I can offer you a service for...

What's fun with imageboards is how introspective its communities are. I mean for the smaller ones, and the devs.
There are as much posts about the problem with X-type of imageboard than their are imageboard implementations.
You must log in or register to reply here.
Share:
Twitter Email Share Link
Top