Regular
Twitter brand account @vertagear posted the following meme comparing male and female twitch streamers, that made a lot of said streamers mad and the account was forced to post a corporate style apology. 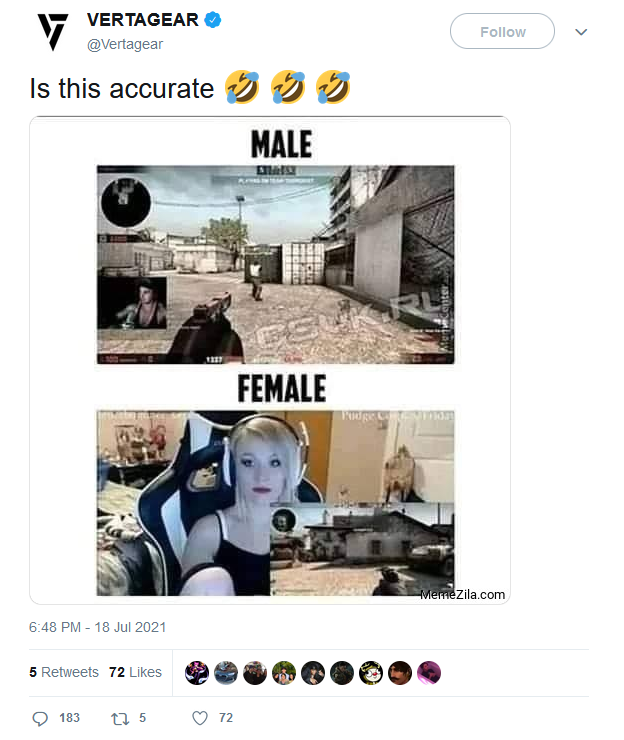 It's a dumb meme and nobody should care, but obliviously twitter doesn't agree so the expected outrage happened. Also the situation presented in the meme isn't something exactly uncommon on twitch.

Even some other brand accounts jumped in the outraged mob.

Uhhh, guys, it's literally current year, jokes are not ok!

One of the the first streamers to complain was @MissHenleyTV, she demanded an apology to all women in the industry.
Archive Here are the illegal memes on the screenshots 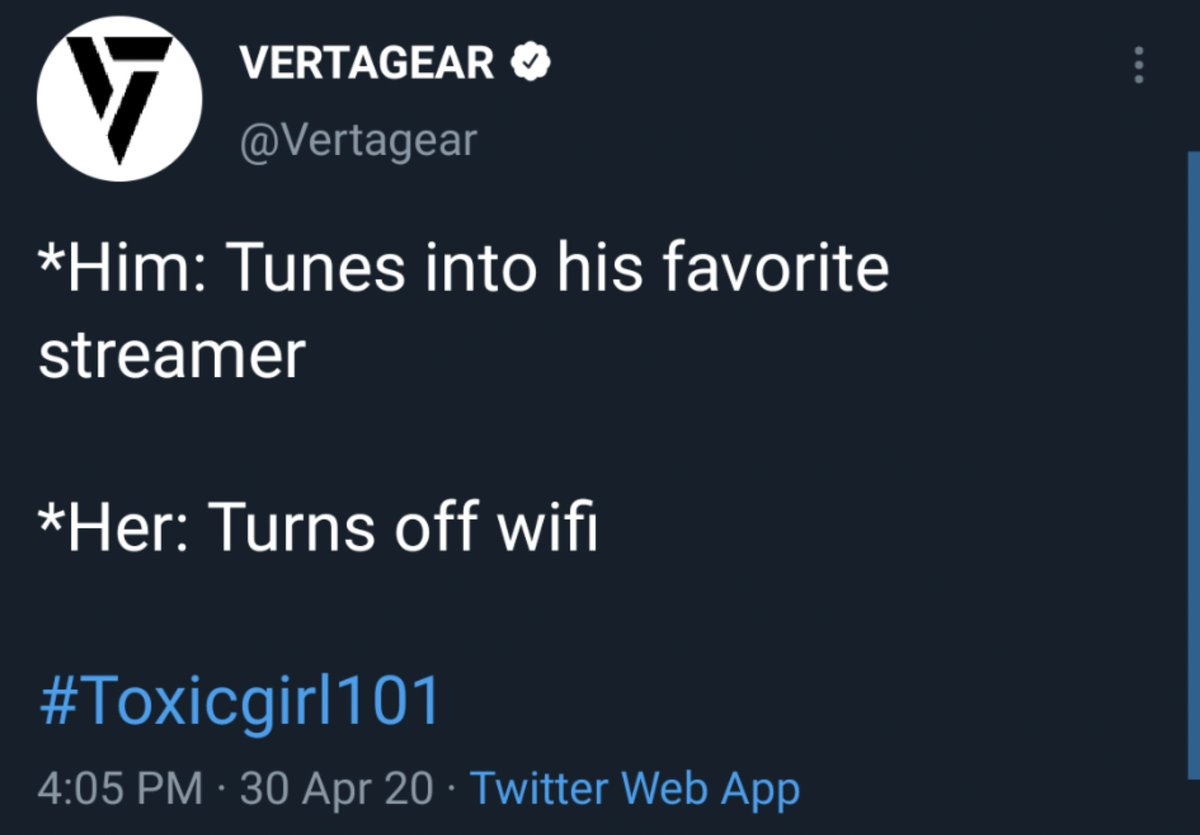 This one made me laugh

Here is an example of her facebook streams.
Archive

Maybe that meme is hitting to close to home? 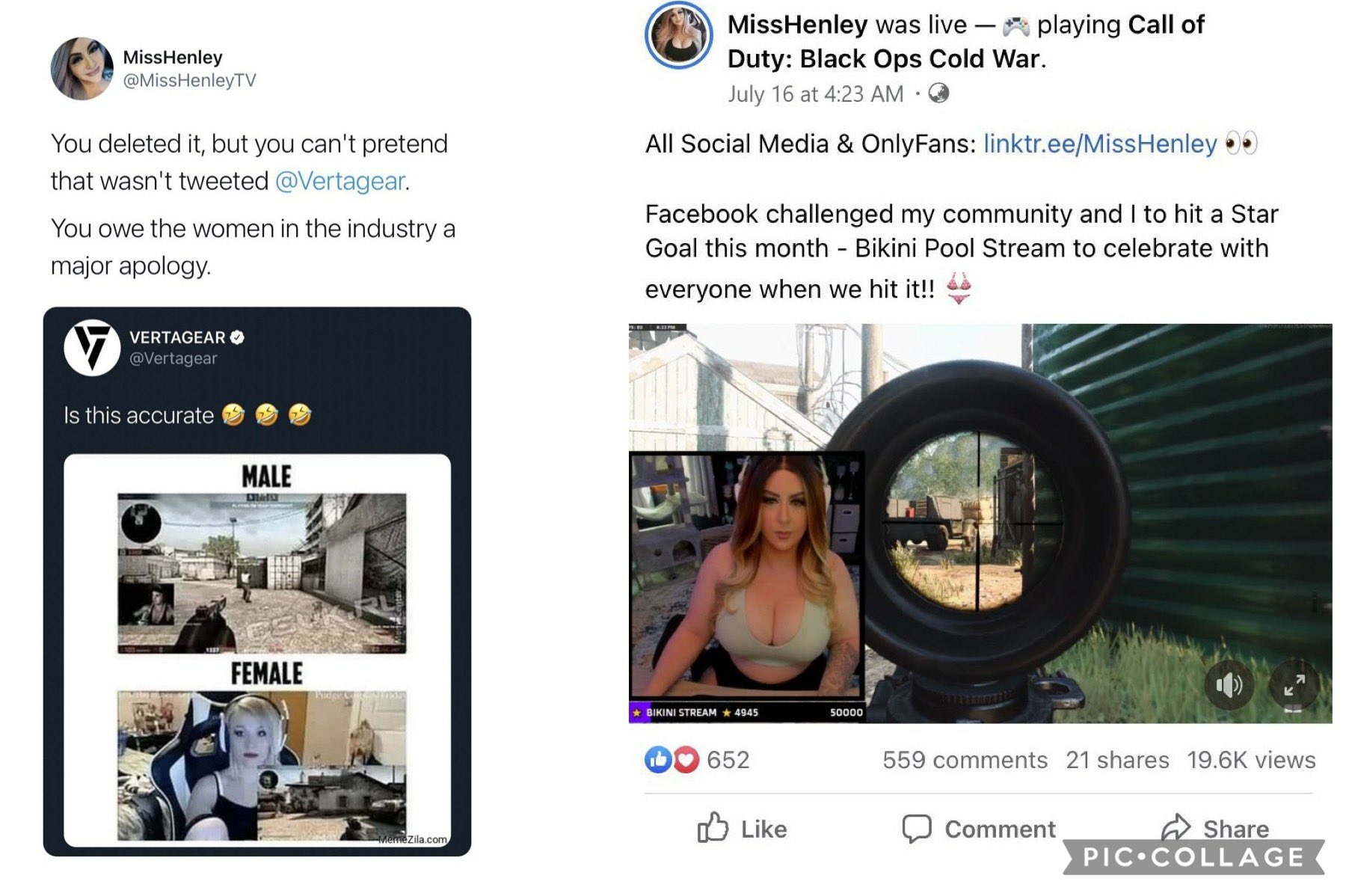 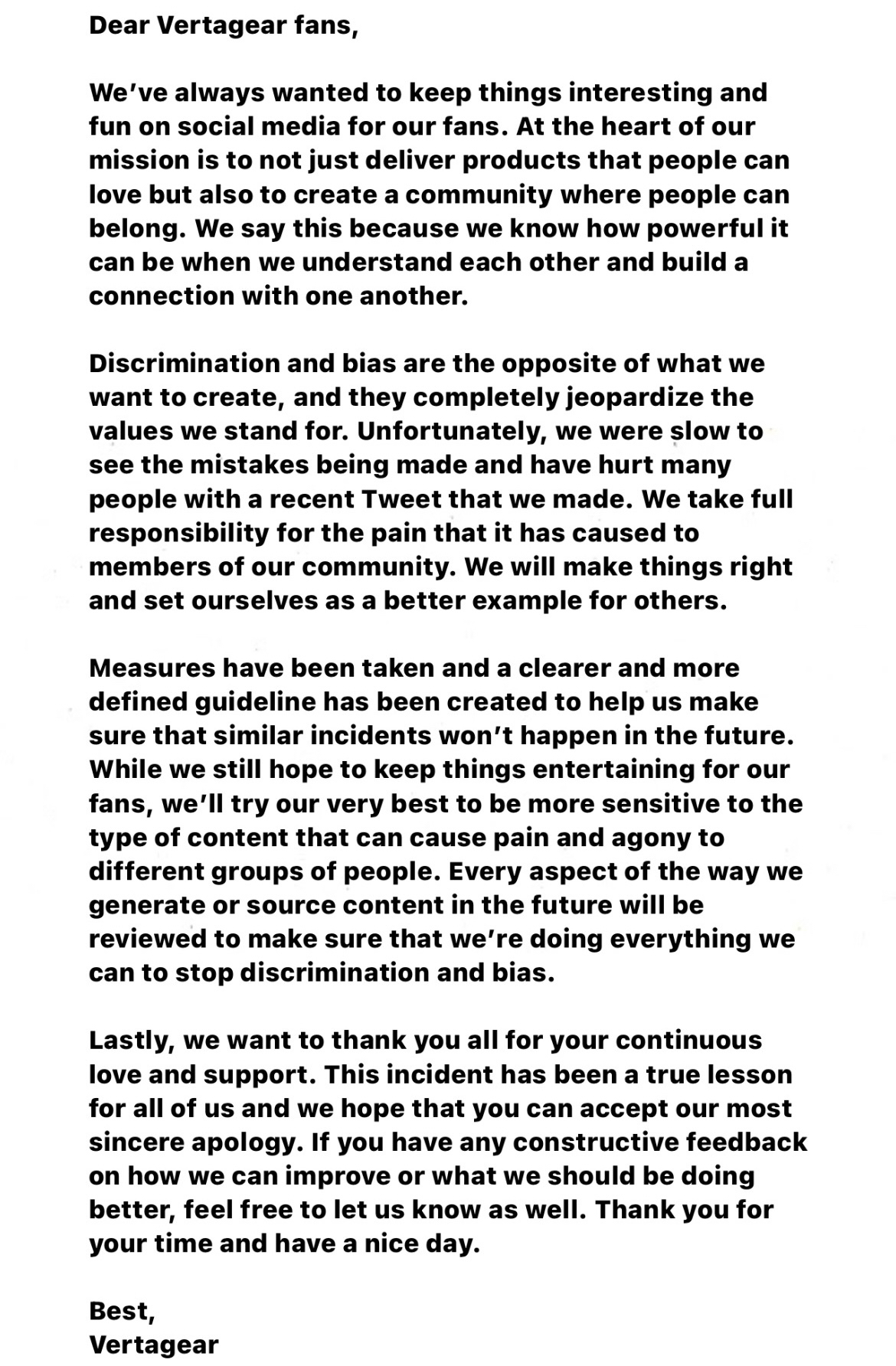 As you can imagine the apology was not accepted and the outrage continued. A furry, can't have a thread with at least one of them. 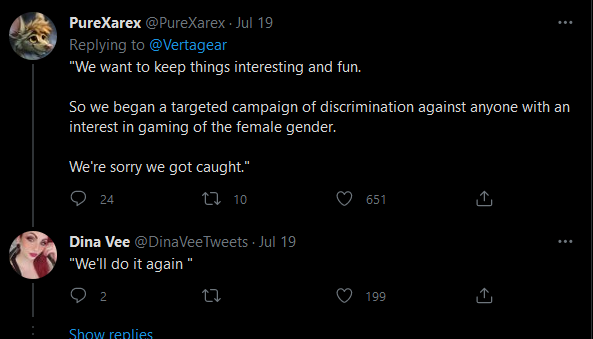 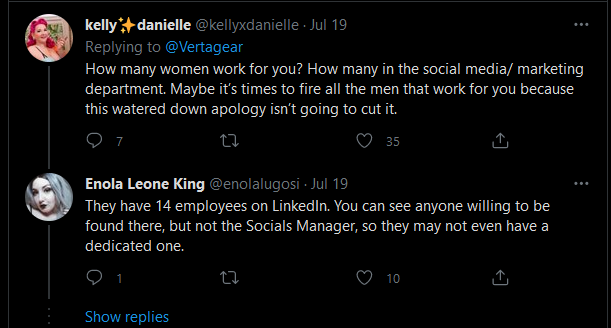 Well, I could keep going all day, but you get the idea.


Before we finish the thread I want to let you know that gaming chairs are a scam and they fucking suck, staples office chairs are way better, cheaper and more comfortable. Hibiki said:
Before we finish the thread I want to let you know that gaming chairs are a scam and they fucking suck, staples office chairs are way better, cheaper and more comfortable.
Click to expand...

I'm not completely sure about that I've had my AK-racing (originally they made race-car chair's) chair for over 6 years now it have definitely saved my back and now I don't think I can live without it.

Yeah, I'm not on board the anti-gamer chair counter-bandwagon. Complaining about them is trendy, and I have experience with going to the office to sit in one followed by going home to the other.

Yes, the mesh office chairs are good, way better than the basic foam ones. It's a good option to consider, but it's definitely not a clearly superior alternative to racing gamer chairs.

Honestly I don't even understand what the original joke was. Woman have more expensive gaming chairs? Augustus said:
Honestly I don't even understand what the original joke was. Woman have more expensive gaming chairs?

lol no guys shows of the game primarily and girls themselves.

Grönsak said:
lol no guys shows of the game primarily and girls themselves.
Click to expand...


on the topic at hand, the meme was not wrong and the only people mad about it are the people who it applies to. thots who are selling their bodies to 14-year-old Timmy's mom's credit card and not really playing games.

and look if you want to whore yourself out for beta bucks that's your progotive just dont pretend you are doing anything else than that. it's wild to me these thots think they are immune from mockery. bitch you do nothing but stream your half-naked ass in a hot tub all day. your right to take yourself seriously has been revoked

these chicks need to get over themselves

Yes but the joke was at the cost of wahmen even though it was pretty accurate. Therefore, Thots are in distress and all the white knights come out of the woodwork to defend M'lady's honour. (Also, thots promoting their only fans during this shit storm)

Granted when the focus is on the thot and less on the game-play one could say the gamer chair gets a better exposure.

Regular
This is such a first world westerner problem being offended by a chair.