Holy shit, the most racist comment I've seen all month. 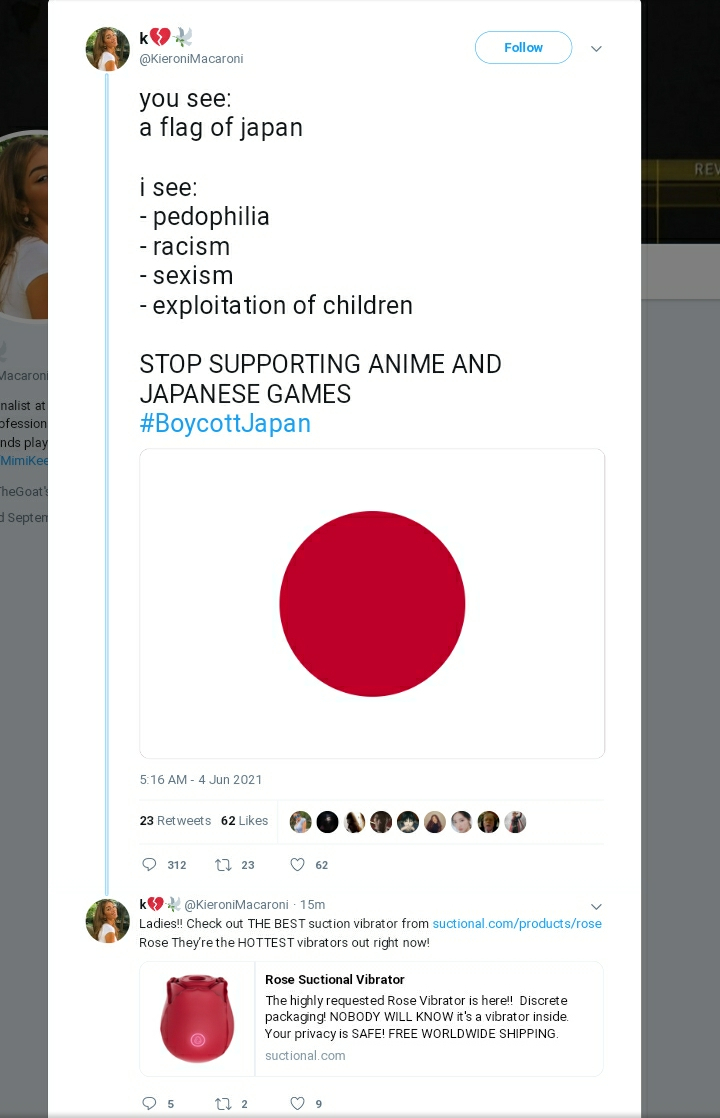 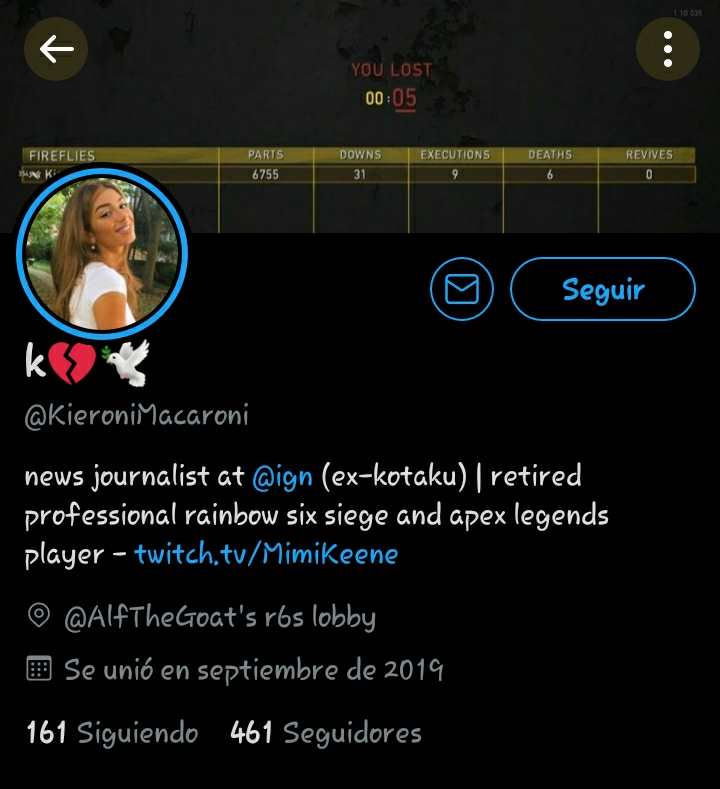 "former kotaku and now ign" justly many of their teams have had legal problems in the past with very shady stuff.

Look at the data, Europeans and Americans have more serious problems in sex crimes per capita in relation to the total population of Japan. 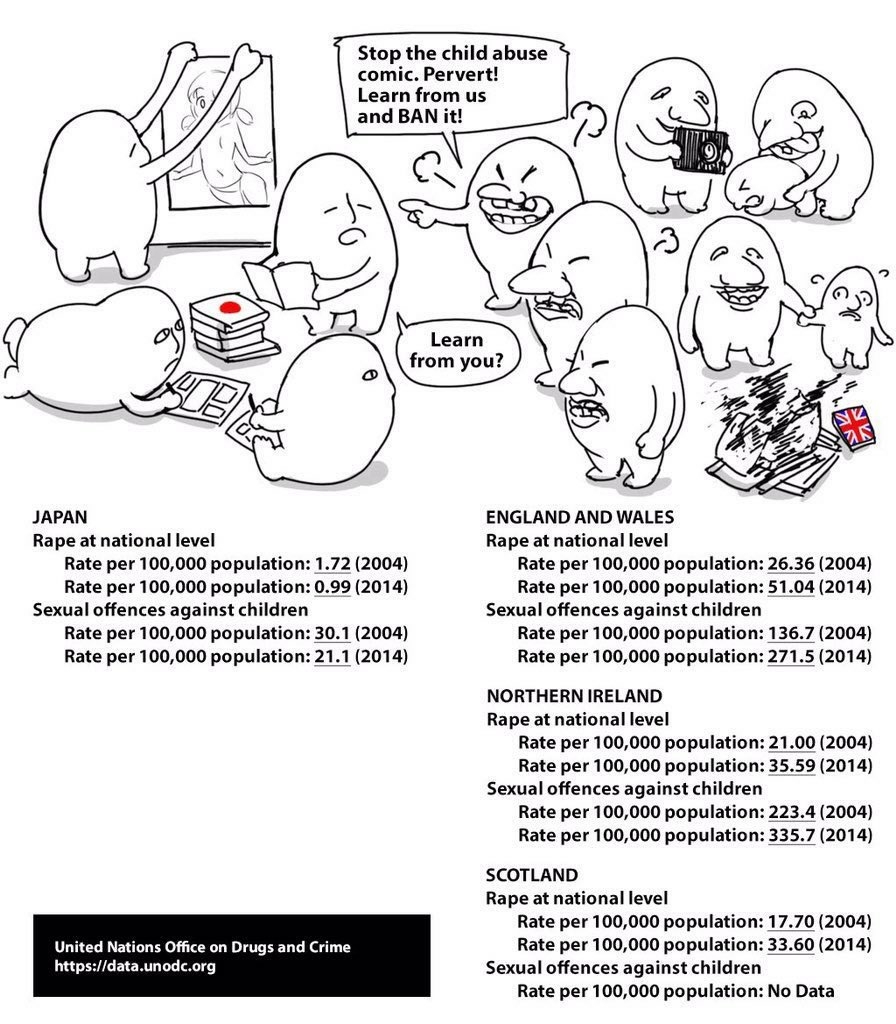 shit, coincidentally the other day I had a discussion with people about the topic of sex crimes in Japan
I hardly ever publish those discussions here because they are in Spanish and I am too lazy to translate

If I remember correctly it was a discussion about the laws of sexual crimes in Japan [which are certainly a bit archaic, their penal code has not been updated since 1907]
but I can't remember well why it all started, I think someone made a comment about a case from the 80s / 90s and something that I couldn't understand why Japan had so many problems with its laws for sexual assault
The funny thing about the subject is that people from Latin America said it

I know it all started with a case of a member of an animation studio who attacked a high school student and was caught thanks to the security cameras [he took her from behind, touched her breasts a little and ran away, nothing more]
and people in the comments said that Japan had a lot of crimes of sexual assault that were never prosecuted correctly and that Japan had a serious problem with sexual repression and I don't know how many more nonsense, and they always took the same case as an example en.wikipedia.org
whatever
does anyone have an opinion on this
The only thing I could verify is that Japan really has a problem in its criminal code, as it refers to cases of sexual assault [in the end I ended up reading the criminal code]
but even so, cases of aggregation are still on the ground compared to other countries
and to say that they have a problem of sexual reprimand and some even said that they were sick that is already going overboard [some said it as a joke, that does not count]

black_flag said:
Look at the data, Europeans and Americans have more serious problems in sex crimes per capita in relation to the total population of Japan.
Click to expand...

It's not about that.

Notice this comes about specifically from entertainment journalism?
Right after Anime starts to overtake Hollywood in terms of raw box office sales? Pretty sure Demon Slayer set records here.
I keep trying to explain to everyone here that these people view the whole world as a struggle for power.
If everyone in the whole world are schoolyard bullies, then the best place to be is as the biggest and meanest one on the playground.
If you know the term 'Vae Victis' - which I know a lot of people here speak romance languages - then you'll understand where they're coming from and why they seem really quick to make references to things like concentration camps.
They think the rest of their own society will gulag them if they don't 'win'.

If Hollywood is waning in cultural relevance, that means they are 'losing'. They can't have that.

black_flag said:
"former kotaku and now ign" justly many of their teams have had legal problems in the past with very shady stuff.
Click to expand...

Well she also climes to love Bloodborne a game made by FromSoftware a Japanese company. But she insists on it being made by Insomniac.

In fact all of her tweets feels like going back in time all the old feminist arguments like you don't hate the characters you just hate women.

> gaming urinalist from shit sites like kotaku & ign
> 100% ignorant normalfag with no idea about anime and Japan in general even less
> "professional" geymur of most normalfag games out there in I presume matches against other "fellow geymurs", geymur gurls or bots.
There are the definitions of people that deserve to get bullied, I swear to god. And after she shits out this shit, of course people will push it back in where it came from and she will have a
meltdown about "muh soggy kneees/ muh harasment/ muh reysizm"

Regular
It's a troll

Really? That's suprising. Up until now all cases that I've seen actually weren't trolls since this is fucking Twitter we are talking about. Nothing is too retarded for Twitter. Still, tnx for the notice.

I mean no such thing at all as the end of the abyss in human stupidity.

>Kieroni Macaroni
You mean this dude?

I'm baffled, this is the first time I've seen someone hates Japan like this.

also the pic with data is based.

cthz said:
I'm baffled, this is the first time I've seen someone hates Japan like this.

also the pic with data is based.
Click to expand...