Drama Localization and political implications in the translation of the MegaloBox writer's interview.

The twit that started this. 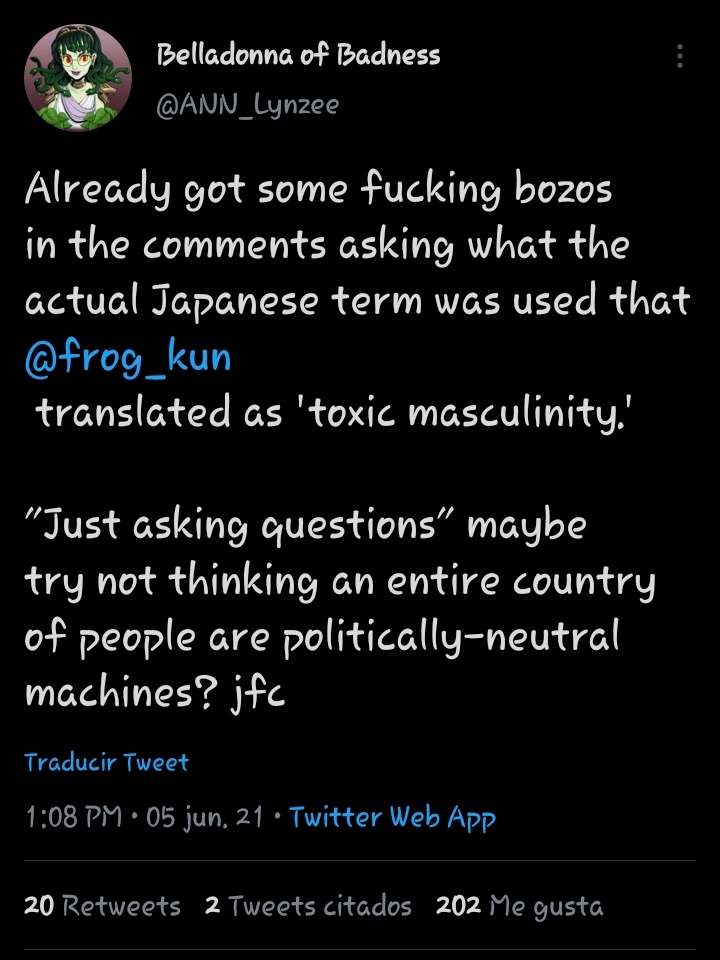 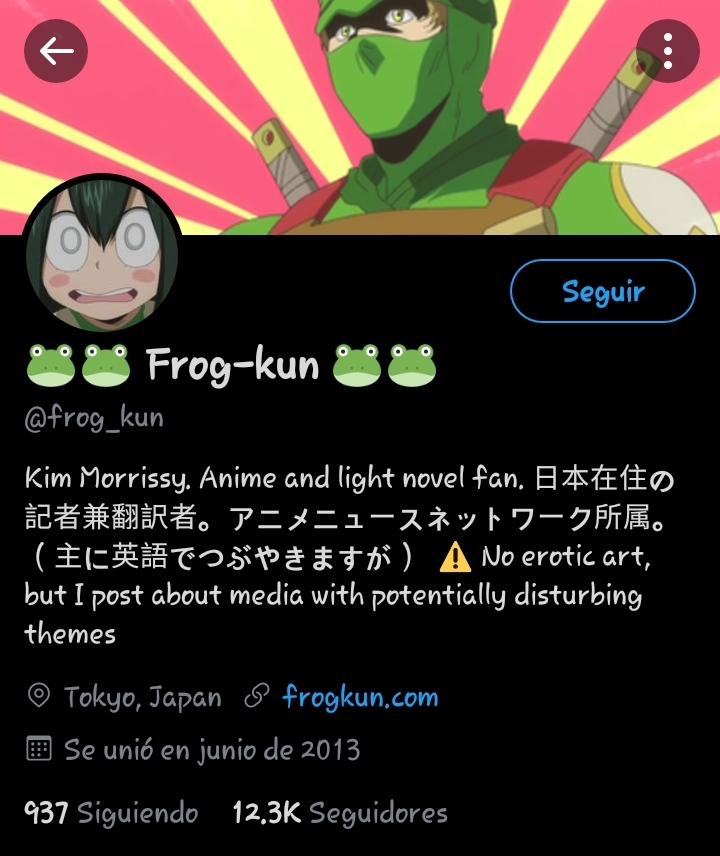 This person talks more in depth on the subject.

This is a response that the above person got. 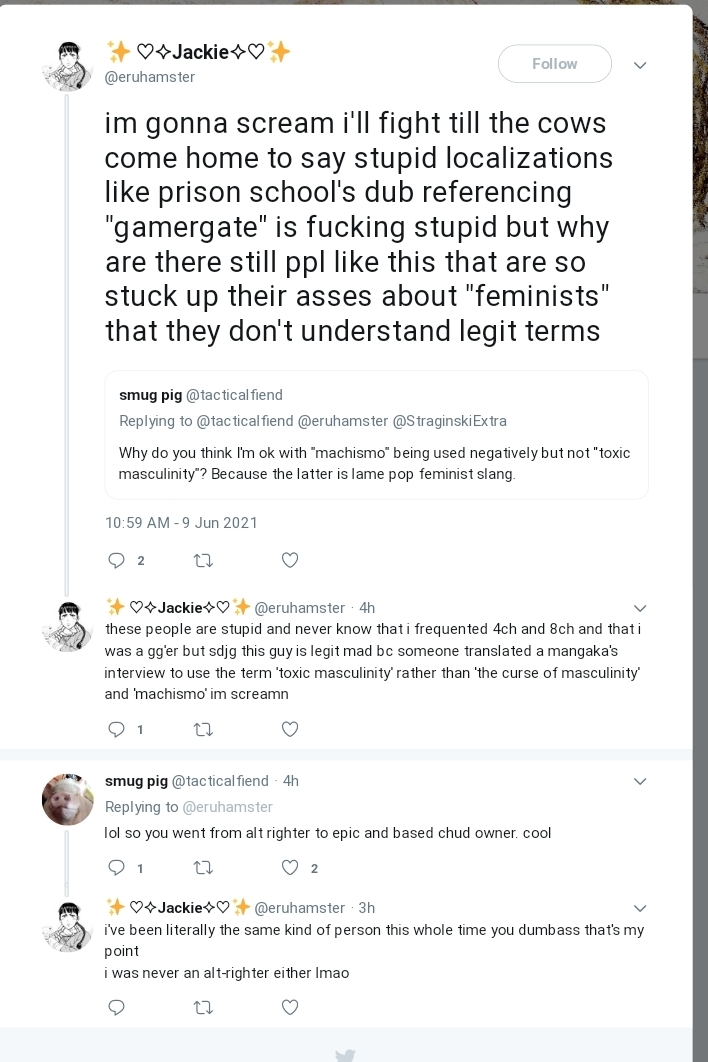 I don't know if what she says is true or if she is a SJW or not but she has "She/her" so I can't trust her words.

Regular
Patron of the Forums
"I was a 4channer/8channer" as in, "I was the faggot that people told to fuck off constantly while I berated them for being toxic".

Regular
here is a bigger ver of that ANN forum post

the fact they flew off the fucken handle over people just "asking questions" kinda tells you that they are up to some bullshit, why the fuck else would you have this level of a reaction to such a milk toast request 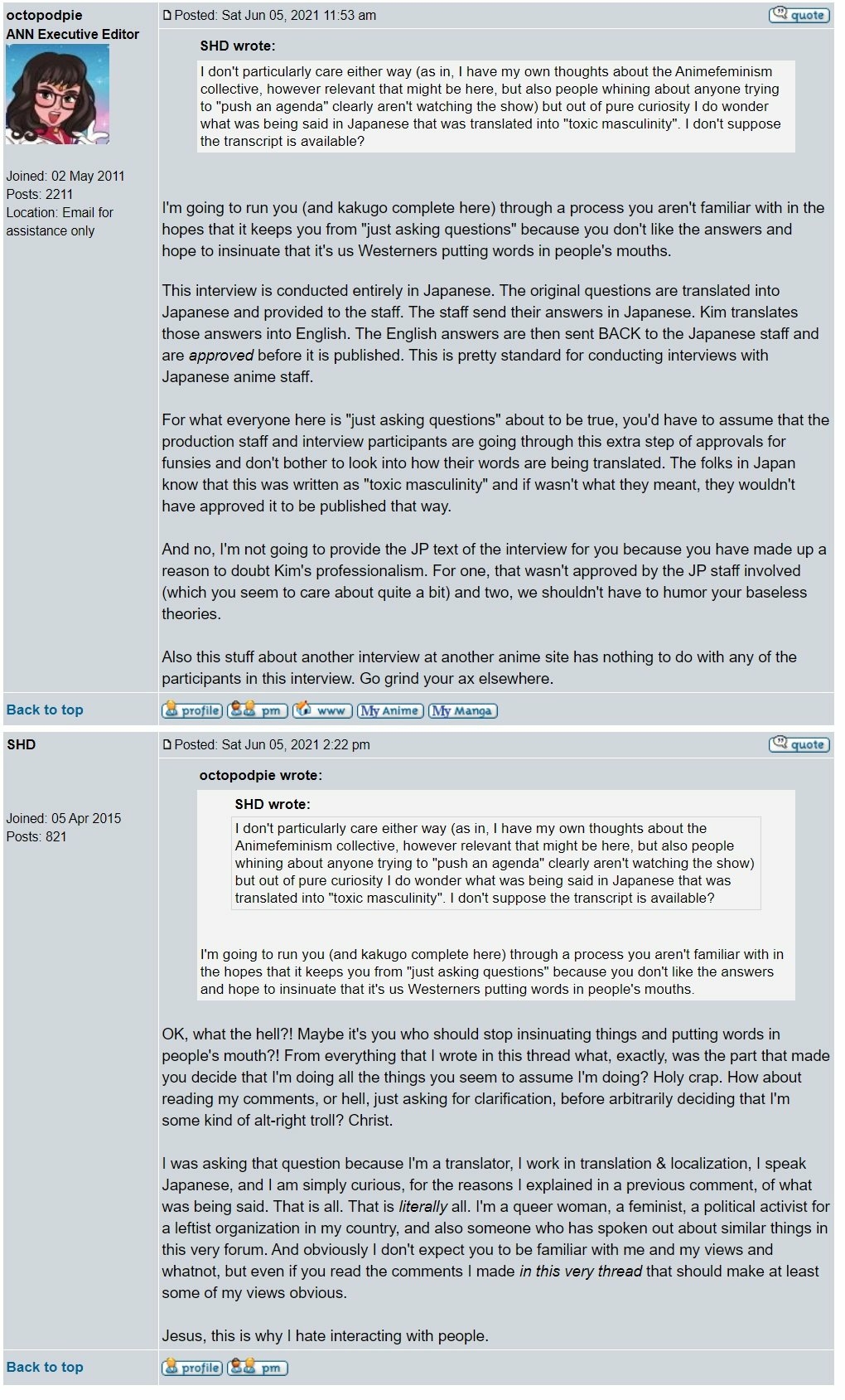 Regular
What is the best thing is that Frog_kun was always that woke and despite what I heard from other people who read light novels "she is one of the good ones"(as a translator). For suuuure....
This screencaps are from her own website: 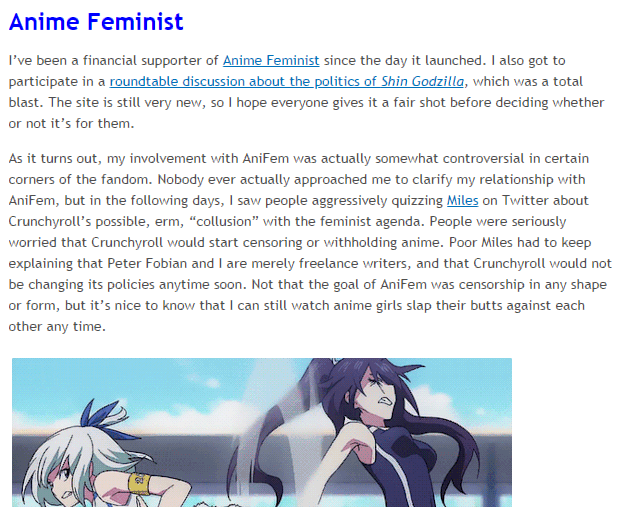 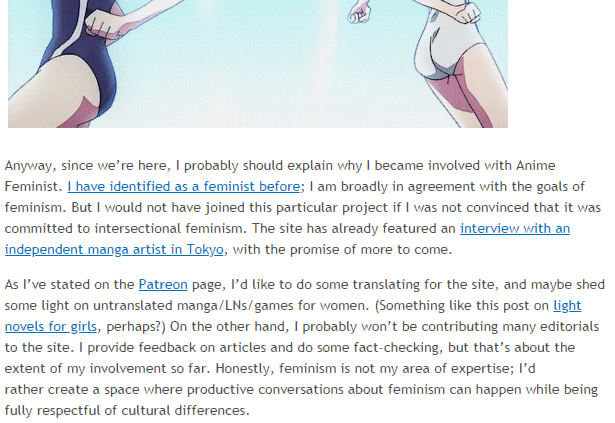 CRinge; here are some comments from from that post: She also wrote some articles for AniFem in particular the one about SAO: 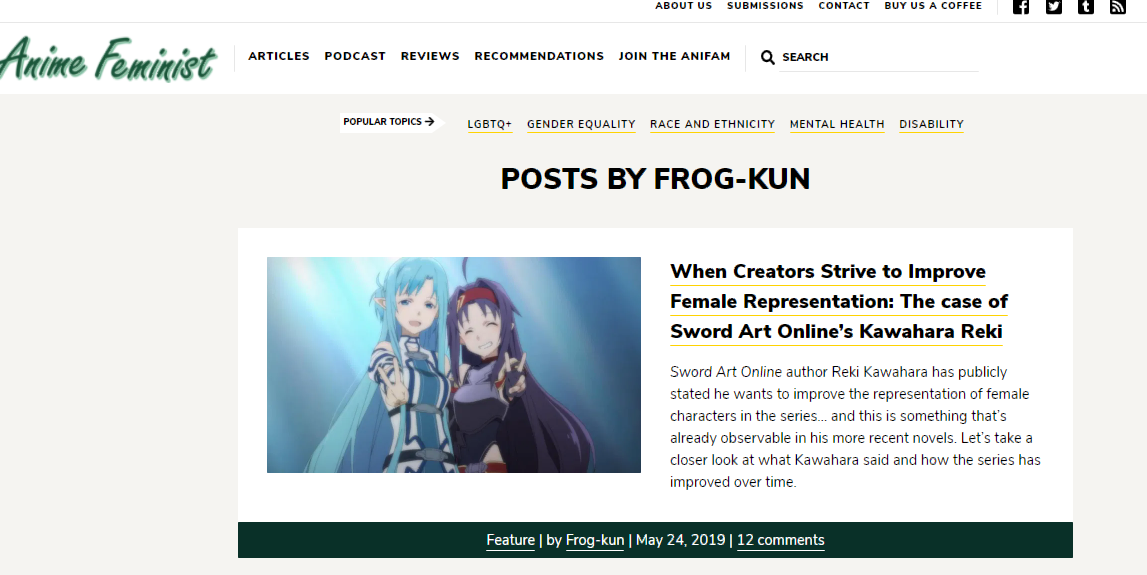 Which by the way, it's full of shit and lies and it's even based on the not even properly translated interview posted on ANN
You know what is the best thing tho? She started in ANN in 2016 when she was rejected from several different companies including mcdonalds...lol. Can we have the Filthy frank clip?
These are of course just some snippets here and there, but you should have seen her review thread on her twitter acc on Sexiled. Gold.
So yeah this is the supposed one of the good guys from ANN and translators. Not even once, not even since the beginning.

Besides that Scratch point had some good points as well so I'm gonna repost it here:

Regular
Hey i got blocked by that bitch a while back or so but oh well, nothing of value really lost at all whatsoever.