What do you think about the saints row reboot?

Regular
I personally don't give 2 shits at all about any western games at all whatsoever. But i know some people here really like these games but whatever what do you think about the upcoming reboot? 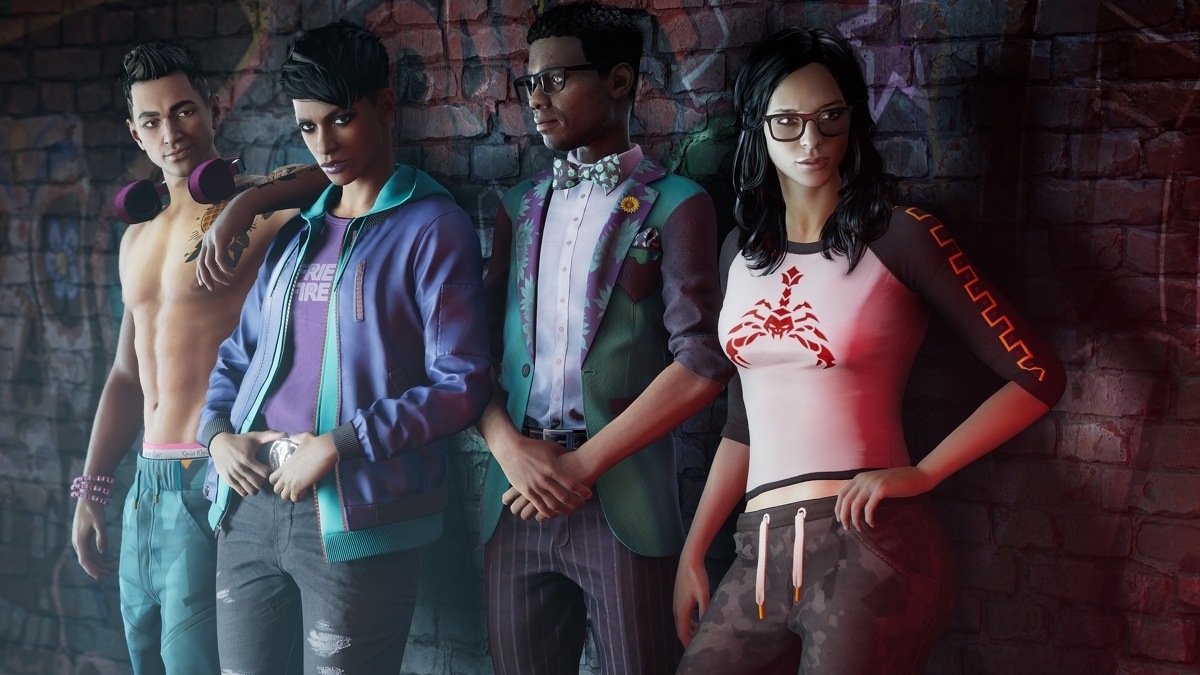 Like all western media now, its ugly looking people as a reflection of the projection of ugly people inside and outside.

Crowblack187 said:
I personally don't give 2 shits at all about any western games at all whatsoever. But i know some people here really like these games but whatever what do you think about the upcoming reboot?

Like all western media now, its ugly looking people as a reflection of the projection of ugly people inside and outside.
Click to expand...

It's using the wackiness of the game as a crutch for their soy shit.
It's not like it was any good before, "hehe wacky random shit funny hehe" is ok from time to time as a meme or something, but playing through it live, nah man.

Regular
Looks like shit like most games nowadays.
Also, no Johnny Gat, so why the hell would I ever play it.

SR4 is not very good. But that's understandable, what with THQ dying underneath them while it was still in development. Having superpowers in the familiar city from SR3 is a novelty, but it makes vehicles pointless. The story is "authentic" in that it escalates in a similar way to the previous games, but the result of this is like seeing Die Hard 27 where it's revealed Bruce Willis is a descendant of an ancient race that have been surreptitiously keeping an eye on humanity. On one hand that could be done well, but at the same time WTF were you thinking.

SR3 is not great. As games go, it's one of the ones I'd be most fond of, but as a sequel it really doesn't live up to the predecessor. While there are characters with familiar names, Peirce and Shaundi are almost but not entirely unlike themselves. The city takeover and gang mechanics are still there, but somehow seem weaker. Still, the campaign is fun and it's still a proper Saints Row game.

SR2 is the golden age whose heights the sequels have tried and failed to reach a second time. It has flaws running through it all over, from the phone-quality audio to the aiming and driving mechanics. Controls are not great either. SR2 is a masterpiece if you can look through the dated graphics. Oh, and don't buy it on GOG. The Steam version works much better than it used to, you don't need to change your CPU frequency to match the Xbox 360 like you used to. Most importantly, the Steam one doesn't have a horrific 30 FPS cap. It's not a modern game with [latest graphics selling point], so the least you could expect is modern hardware to run it at a decent framerate.

Legend has it there was a Saints Row 1 that came before SR2, but only peasants talk about that. If it was any good, it would have been ported to proper hardware.

To provide some context for the following rant, the Saints Row franchise has been one I've dumped many, many hours into over the years and something that continues to bring me joy, largely thanks to what an excellent co-op experience it has been and continues to be even in spite of the plethora of bugs. It is one of the few games I can just join in, fuck around, and have a good time. Though I know it's not to everyone's taste, the absurdity of the game's world and its approach to story and gameplay are personally favorable to me. I fully recognize that the games, particularly SR3 and SR4, are not technical masterpieces, but I still love them so in spite of their many flaws.

What we have been shown does not at all look for feel like Saints Row. While there was a clear shift in style between SR2 and SR3 and onward, I think it can be reasonably argued that the core feel of being a 3rd Street Saint remained, even if we swapped from being a hardened street thug to a maniacal celebrity. Even if you want to argue that point, I don't think one can say the shift from SR2 to SR3 isn't anything like what we're about to see between the current franchise and what's to come.

I think it's fair to say that the overwhelming majority of fans of the franchise would have wanted a soft reboot that returned to form back with either SR1 or SR2. There really wasn't very many options regarding how to continue the series with how SR4 ended. I legitimately thought this was an easy solution for them. Hell, I would have expected them to remaster SR2 before rebooting the entire series (though considering what an abject failure the SR3 remaster was perhaps this was no major loss).

We are not, for whatever coked up reason the Deep Silver executives reasoned, getting a return to form. What we are getting looks to be much worse. My original worry when I first heard news of the upcoming reboot was that they were going to try to be too much like Grand Theft Auto, eliminating the niche they had carved for themselves to end up as a worse copy of the more popular alternative. How I wish that were the case instead.

The Saints Row reboot is looking to be essentially a new intellectual property that's leeching off the franchise's name so it can sell copies. Has everyone forgotten Agents of Mayhem? I did as well. I think they learned from their "mistake" there and have decided to basically try the same thing again yet with a familiar coat of paint (which is difficult to even say since the characteristic Saints purple has been foregone).

We could go on and on about the issues with the designs of these new characters, but one thing I'd really like to emphasize is how they do not look at all like gangsters, let alone Saints. You can call them kids. You can call them liberal arts majors. You can call them hipster yuppies. You can even call them SJWs. I think each of these have some merit, and the truth is probably a combination of the four, but what they do NOT look like are Third Street Saints. The aesthetic dissonance is just too much for me to bear.

The only positive thing I can scavenge from this mess involves the embarrasingly short gameplay trailer, as what little was shown there at least seems to emulate the Saints Row style. I can't, however, justify paying for this when I could just play any of the previous three games to scratch that itch, each of which having better or at the very least more consistent approaches to the concept (yes, I understand that's a bit hard to say with how "out there" SR4 gets).

Deep Silver wants to make money, that's all there is to it, and unfortunately they've decided to cater to the "new wave" of gamers rather than their very dedicated and loyal fanbase. Unfortunately, with how the gaming industry has changed over the years, I can't even say definitively if this is a mistake from a financial standpoint given how this shit is continuously churned out with seemingly no end. I will, however, say it's a reprehensible shift that should be met with condemnation.

While I wanted to try and be optimistic and say that it's entirely too either to consider this reboot a failure, I seriously do not expect any major improvements to come. I continue to find myself disappointed yet unsurprised with how creatively bankrupt the modern day gaming industry continues to be.

TL;DR: It's not looking good.

Artist
Regular
never play these games but i saw RGE talk about how the dev's ignore all the criticism & talking down to the fans. The typical respons of current year people.

@Jahy: so it's deep silver, no wonder lol. they have quite bad history insulting the fans in mighty no 9 and the shenmue scam.

Regular
I am not playing this game & nor do I care for it.
it can burn with the rest of the woke trash
You must log in or register to reply here.
Share:
Twitter Email Share Link
Top