Regular
First off you should read this thread if you came from Shizus twitter.
Now onto the main part.

What is Varis Hangout?
to put it simply, a collection of sites run under some very simple principles. Low moderation, free speech, and most importantly CUNNY.

For the full story, they're sites I've wanted to make for a while. However it wouldn't exist if it wasn't for Shizu. It's thanks to his clout that people even know about this site, and i'm glad he hates twitter as much as I do, otherwise I don't think we'd be here.

Shizu and I are both free speech believers. We were tired of people being banned for voicing their opinions on twitter, and sick of the toxic cesspit the site had become. Unlike most people we decided to do something however.
I'd been in possession of the https://www.varishangout.org domain for a while and we decided to put it to good use. This led to the first instance of the site appearing.
(I'd put screenshots here if we had any )
Rocket.Chat is software that's very similar to discord, and that was our original goal.
An alternative to discord where people could post cunny as they pleased and say what they wanted, to replace Shizus existing discord server, however our aim quickly grew to also take on twitter, leading to the creation of the pleroma instance under https://social.varishangout.com
The Rocket.Chat was quite slow though, and underused so it was shut down only a few weeks after it appeared, but from it came a dedicated group of users who embraced the pleroma, and have kept it alive

The Pleroma, the thing we've mostly pushed turned into a fairly relaxed chat, with people discussing whatever they wanted, with a healthy side of cunnyposting. From it came about the sites mascot Vari-chan and a fairly close knit community of shitposters, who like I said have kept these sites alive.

(drawn by @StarioHD(Twitter) || @StarioHD(Pleroma) go show him some love, he did a great job with her ) 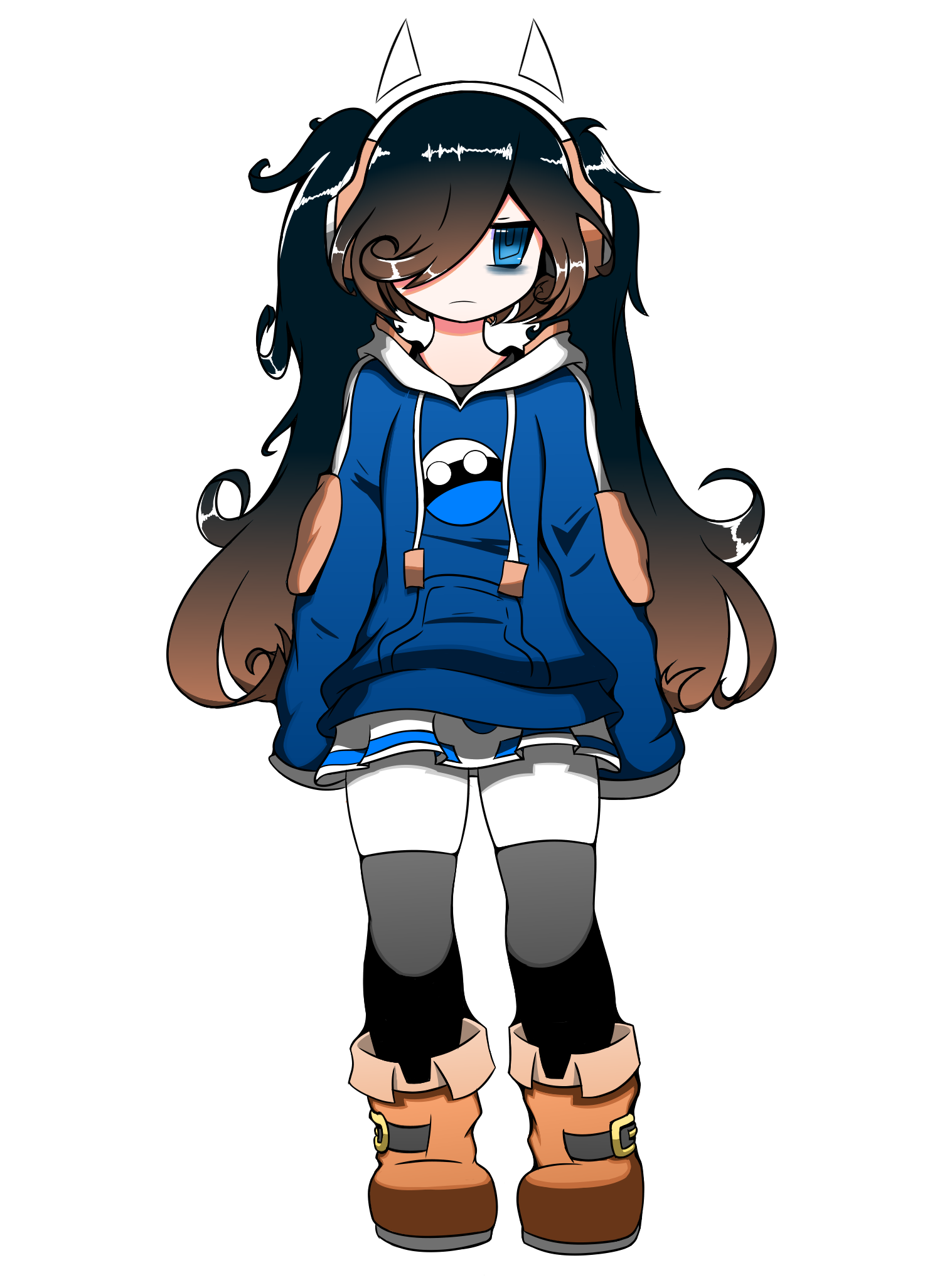 However the pleroma didn't draw much attention, leading to us creating the imageboard to take up the top-level domain on varishangout.org. The imageboard would see brief shitposting, and a bit of cunnyposting before peacefully dying, and being left in the state its in right now. Unused.

BUT we still weren't satisfied. The discord barely resembled what Shizu originally wanted, that being a place to archive the stupid shit that happens on twitter daily, which led to us discussing the creation of a forum.
This would allow for organized discussion about drama, and a place to gather in case his twitter, or discord were ever deleted.
That leads us here.
To you reading this thread.
Thanks for joining us. We hope this doesn't die too soon.

Now you may also be wondering

What the hell does "Varis Hangout" mean?
Well to answer that. I'm Estonian, Varis is a shortening of the Estonian word for lurker, thus making the name essentially be "Lurkers Hangout".
That also makes Vari-chan, "Lurker-chan", which is why we asked for her to look the way she is :p

Why can we talk freely here and not on discord/twitter/[insert site here]?
All of the *.varishangout.* sites are hosted by me, and run by me. (which means I also bear all of the bills, if you're interested in helping out scroll to the bottom of the site to find some donation links, or DM me)
The physical server is owned by me, which means that there are no 3rd parties involved here. I believe in people being able to express themselves, and most importantly I'm not a tranny, so you don't have to worry about any powertripping.
Besides that I'd like to keep the moderation team fairly small, to keep it to people I know won't dick on people just because they can, and they dislike them.
Your ability to speak your opinion is the first goal of these sites (if that makes any sense, I think you see why Shizu writes these threads normally :[ )

What're your future plans with the site?
The main goal right now is forming an active community that encourages our 3 ideas. In the future, I'm also hoping to expand the server, so I can reintroduce the Rocket.Chat (or similar discord alt software) and maybe other services, depending on what people think.
For now though, I'm just really happy you're all here, and hope you stay around for whatever happens next.

... I should really let Shizu write the threads in the future, christ what a rant that was.
If you have any other questions leave a reply, and I'll do my best to answer it.
Last edited: Feb 28, 2021
You must log in or register to reply here.
Share:
Twitter Email Share Link
Top