Regular
When I read articles like this, I often wonder why these Japanese company's don't do crowdfunding when they end up in debt. This is something that I was question when Manglobe went down under and as you see the number they say they are in debt with, it could be solved with a short Kickstarter or GoFundMe on their side. I see more money wasted on Kickstarter for garbage western publisher that basically abuse the content they say they treasure.

If Manglobe was saved, we could have expected another Season of Gangsta.

Even now while it is going global it still shows that even the western publisher are wasting money on garbage fans don't even care about. Ugly Netflix version, or the Crunchyroll horror that is guardian spice.

Migi said:
Even now while it is going global it still shows that even the western publisher are wasting money on garbage fans don't even care about. Ugly Netflix version, or the Crunchyroll horror that is guardian spice.
Click to expand...

Yeah that's the problem. Most anime "fans" are just on the "Whats Popular In The NormieSphere" train. The saving grace is that unlike the comic industry, anime is controlled by Japs and can't be infiltrated as easily. The worst these fags can do is make their horrible localizations.
Thankfully people like us, who're autistic enough to care, are the ones who's dump the most amount of money (excluding jewish investors) into the studios and franchises through buying the manga, figures, dakis, etc, etc.


Migi said:
I often wonder why these Japanese company's don't do crowdfunding when they end up in debt.
Click to expand...

Should a studio ever do this it'd be the duty of those who really care about anime not getting pozzed to make sure they actually are successful and reach their goals. Especially with more "controversial" studios that make loli related content. The money and support they get would be far more impactful than the screeching of the retards in California.
If they ever go back or try to censor their content for "wide spread appeal" then it's the true supporters job to make it clear that isn't okay, or the profitable thing to do, by not spending or supporting them anymore, because again. The screechers in 'Fornia don't spend their money on these anyways.

i think that made sense 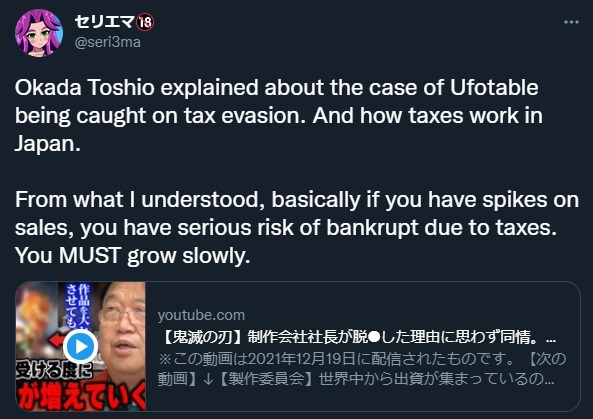 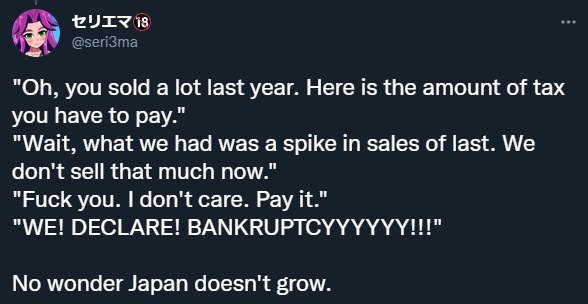 Regular
So in other words, no Japanese animation studio has a chance to succeed ever. Kinda makes you wonder why they don't ever change something or try to improve on the system. If you even see that most company's there can barely get even with their standard to be paid bills. It's the country that can barely keep its economy afloat.

The anime and manga industry already suffers from abysmal work culture, worker abuse, and a lack of proper compensation for creators, but to see problems like this existing at a corporate level for entire studios, it's just so nonsensical to me. I can't help but lament the multitude of anime we could have received had a better, fairer taxation system been in place contrary to the current that, apparently, if it doesn't outright kill a studio, it threatens it with considerable financial misfortune.

I remember reading somewhere that the new Japanese Prime Minister Fumio Kishida mentioned something to the effect of him not only enjoying anime but wanting to help the anime industry succeed. Well, I think putting pressure on tax reform in this respect could go a long way. I'm not familiar with Japanese political courtesy, but I doubt he'd call out an industry like that and not actually do anything for it.

Or maybe he wont, because a politician is a politician. I would just think at some point these people would realize you would benefit more from changing your archaic, fundamentally broken systems and mindsets.

The inability of Japan to capitalize on their wealth of human capital and the many opportunities that frequently manifest will continue damning the country until they finally wake up and start correcting course. I just hope that point doesn't come too late, because that just leaves the door open for its only real competitor right next door to take over, and nobody wins then.

Regular
The capitalization on anime seems to be non-existent, especially on the Japanese side Right now, I would say that the western publishers are reaping the benefits of it all while Japan has made itself into nothing more than worker drones like China uses its labor. It's kinda like the youtube video about Ramen shops and how many are opening, but many keep closing even more yearly because even the smallest drop in profit sends them into bankruptcy, and all the money they do earn mostly goes to wages and taxes. Not to mention the grueling working hours.

I think that is just politician talk. I think your best bet would be having somebody like Ken Akamatsu in charge. You also don't hear anything anymore from Yamada Taro,
the so-called otaku politician that was all for protecting anime. Yet you don't hear much about the protection of anime in general. Wish they'd get rid of all that mosaic crap for once.

Japan sure is a weird country when it comes to certain logics. But we can't really complain about them, seeing as in the west we are even more fucked, because we let the loonies run the asylum.

I don't get the feeling that Japan is really capitalizing on any of the anime craze here in the west and tries to be too much like the hermit kingdom in regard to prosperity that it could bring to its animators and general citizens. If they don't expand it logically, they'll lose out on China. China has been shown to steal small developers projects and then selling it on a grander scale as something new.

If you were wondering about the last part, I meant this.

An individual who is part of a video production team revealed that a Chinese smartphone game has seemingly stolen ideas from their concept movie, yet another instance of a Chinese developer being unable to resist the temptation of stealing the ideas of others. The game in question, Tower of Fanta
www.sankakucomplex.com

Already saw the Plagiarism online before sankaku made an article. If Japan can't expand because its tax system is holding it down, it will never be able to outdo China when it comes to creating content, because China will just steal what they have seen and will provide the funds to make something out of it. All Chinese companies report to the government, meaning unlimited funds if they want.